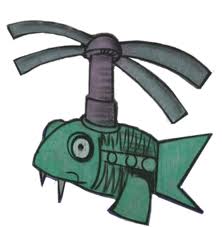 Filed under Letters to the Editor …

He gave some answers, but as with other drugs — alcohol, tobacco, marijuana and others — there are thousands of excuses.

For myself as a kid, alcohol and tobacco use were to fit in and prove your manhood, to prove you were big, bad and brave enough to do it. Sound familiar? It is their way of being some kind of “peer-anoid” comic book super-stupor hero. We all have passed our stupidity on to them.

Dope, alcohol, tobacco, HGH and all others.

As I see it, the people who are complaining about not being allowed to get drunk at the concerts on the streets of Butler are the drunks and business owners who create drunks: bars, clubs, liquor stores, beer distributors and booze restaurants.

In response to James H. Matson’s April 30 letter, “No to DUI database,” I would like to say that it is beer-, wine- and whiskey-drinking people who need booze or drugs to fit in with their friends.

Anti-drinking fanatics don’t need an excuse from an alcohol doctor or psychiatrist to drink to fit in. In my opinion, beer, wine, whiskey and drug users are the real crazies.

The doctor said the tingling was a result of use of alcohol. She said the alcohol had affected my nerves — even though I haven’t had a drink of alcohol since 1987.

The doctor said heavy use of alcohol can affect the brain, liver and heart, but not the kidneys — although drinking can result in urination in alleys and storefronts after the bars close.

So, I would like to warn college students and teenagers who do a lot of binge drinking (like I did) that in about 30 years they might be suffering long-term effects of alcohol abuse.

Exaggeration! Both political parties do it.

All the money they raise just means which party can tell us the most lies.

It’s all about victims

In his letter to the editor of Jan. 15, “Question failed drug war,” Dr. Amesh A. Adalja concluded by saying, “All of the violence and associated crime from drugs stem from the fact that it is criminalized, much like what occurred during Prohibition.”

The violence and crime aren’t because drugs or alcohol are criminalized. Rather, most of the crime and violence come from the altered state of mind from the binge doping or drinking, or addiction.

It isn’t a war on a person’s right to his or her own body. It is a war on riots after sporting events; mangling and killing of innocent people by way of doped or drunk driving; family abuse, physical, mental and monetary; lost workdays etc.

It isn’t just the deaths, but long-lasting or permanent injuries and disabilities to innocent people resulting from illegal-drug users and drunks.

Prohibition wasn’t to protect dopes and drunks from themselves. It was to protect their innocent victims.

So, dopes and drunks aren’t so harmless and innocent after all.

A PBS television documentary on Prohibition on a Pittsburgh station was biased toward drunkenness. According to the thinking expressed in the program, prohibiting something is what makes people want to do it.

If that is the case, we should repeal all laws. We should make murder, rape, abuse and drug use all legal.

People use alcohol and illegal drugs because of lies and peer pressure.

Are some dogs, cats, birds, bees and other insects and animals
born homosexual?

I find that hard to believe.

I find that hard to believe.

It is more likely their lifestyles are, for the most part, chosen from childhood or from happenings later on, when they were exposed to and experimented with those things.

I was watching CNN on Jan. 3 when it had a report about increasing the number of bars in Utah.

CNN said Utah already has a law that allows two bars per block. Their governor wants a law to increase it to three or more.

It seems to me CNN reports on booze just for the purpose of increasing beer and other alcohol advertising; or, because they mentioned in that story that Mormons are against drinking, maybe CNN has something against the Mormon religion.

I think CNN has a bias toward boozing, as do many other news programs.

I think people who use marijuana should buy or rent houses next to those of Butler Eagle letter writers Dr. Amesh A. Adalja and James Matson, as well as columnist Kathleen Parker.

All three support legalization of marijuana.

Obviously, none of those three people ever would report marijuana users to police, since users are harmless and innocent.